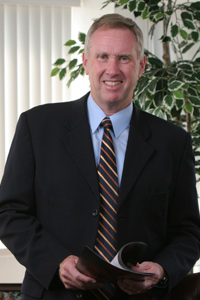 Before joining the Administration of Liberty University in July 1997, Mr. Young served as a Brigadier General in the United States Air Force. At the time of his retirement, he was the commander of the 2nd Bomb Wing, Barksdale Air Force Base in Louisiana. During his 29-year career, Mr. Young held several executive level command positions; served as a faculty member of the Air War College in the Department of Leadership; and held staff positions at the Pentagon, the Air Force Personnel Center, and the U.S. Forces Command as well as in aircraft maintenance. The military honors he received include the Distinguished Service Medal, Defense Superior Service Medal, Legion of Merit, Distinguished Flying Cross and eight Air Medals.