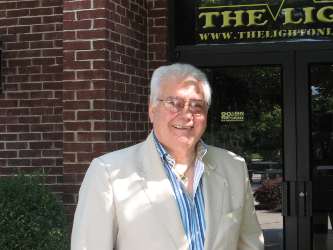 Duke Westover was born on January 14, 1936, in Houston TX. He married his wife, Carlene, in 1954 and was called up for duty in the Naval Reserves soon after. Mr. Westover worked in the mechanical engineering and sheet metal industries. In 1966 he founded a church construction company and helped build many churches around the country. In 1968 Mr. Westover contacted Jerry Falwell about the proposed church building project and in 1969 started construction on Thomas Road Baptist Church’s octagonal sanctuary building. After the construction was complete Mr. Westover worked with Jerry Falwell on a personal basis acting as his executive assistant for many years. Mr. Westover currently operates a tourism company and is still involved in the construction business.