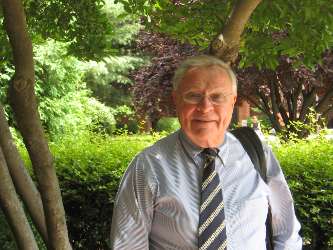 This is an interview for the Oral History Project of Liberty University. Copyrighted material. Unauthorized use is prohibited.

Dr. Henry was born on September 30, 1935. He grew up in east Tennessee and went to Berea College for his undergraduate degree. He attended Eastern Kentucky University for his Masters and PhD degrees. He was the principle of the Berea City Schools and then taught human development at Eastern Kentucky University. He worked at Liberty University as the Vice President for Academic Affairs and the Academic Dean and assisted the University in working on accreditation issues. He then worked as a consultant with North Eastern Bible College. Dr. Henry worked with the accrediting agency Transnational Association of Christian Colleges and Schools also known as T.R.A.C.S. as their executive director for 11 years.